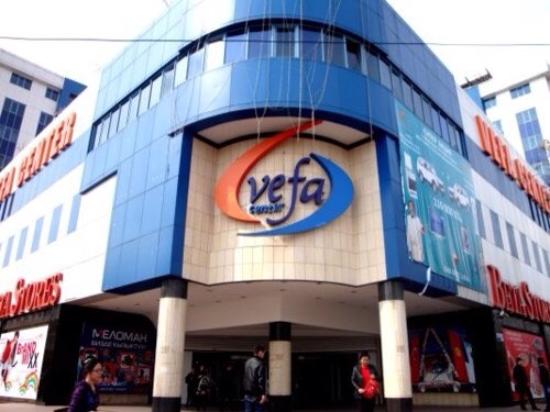 Vefa Center, which opened in August 2006, was one of the first shopping centers in the capital of Kyrgyzstan and soon became a landmark of Bishkek. The center has an are of 30333 ㎡ and hosts a cinema with two movie rooms, a food courts, a cafe and multiple shops, including a Frunze supermarket. Additionally the Vefa center complex houses modern offices, boutiques and an entertainment zone. The Vefa business center often hosts actions and events, show programs, fairs and concerts.

The Vefa Center at Gorki Street has a small cinema on the third floor with two small screening rooms often showing Movies with original Audio and Russian subtitles.